We live in times when almost every day a tech company is bragging about some breakthrough discovery, designed to bring us closer to the future.

It’s unthinkable to live without emails and social media, not to mention our smart phones. But the truth is that all these routines don’t have such a long history.

And it all started back in 1969, October 29, when UCLA student Charley Kline attempted to transmit the text “login” to a computer at the Stanford Research Institute over ARPANET (the precursor to the modern Internet). [ThisDayInTechHistory]

After the letters “l” and “o” were sent the system crashed, making the first message ever sent on the Internet “lo”. About an hour later, after recovering from the crash, the full text of “login” was successfully sent. 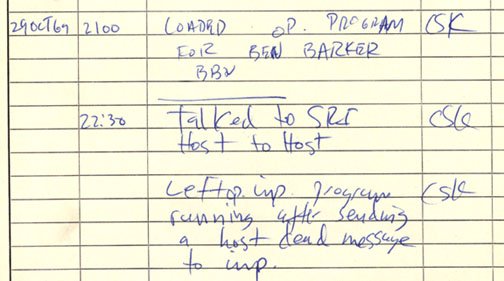 – the log of the first message sent on the Internet –

• Based on a concept first published in 1967, ARPANET was developed under the direction of the U.S. Advanced Research Projects Agency (ARPA)
• The initial purpose was to communicate with and share computer resources among mainly scientific users at the connected institutions
• It is an early packet switching network and the first network to implement the protocol suite TCP/IP
• Both technologies became the technical foundation of the Internet

Then and Now in Technology

So, what really happened in 47 years? What are the indispensable tools of today that humanity tried to discover nearly half a century ago? 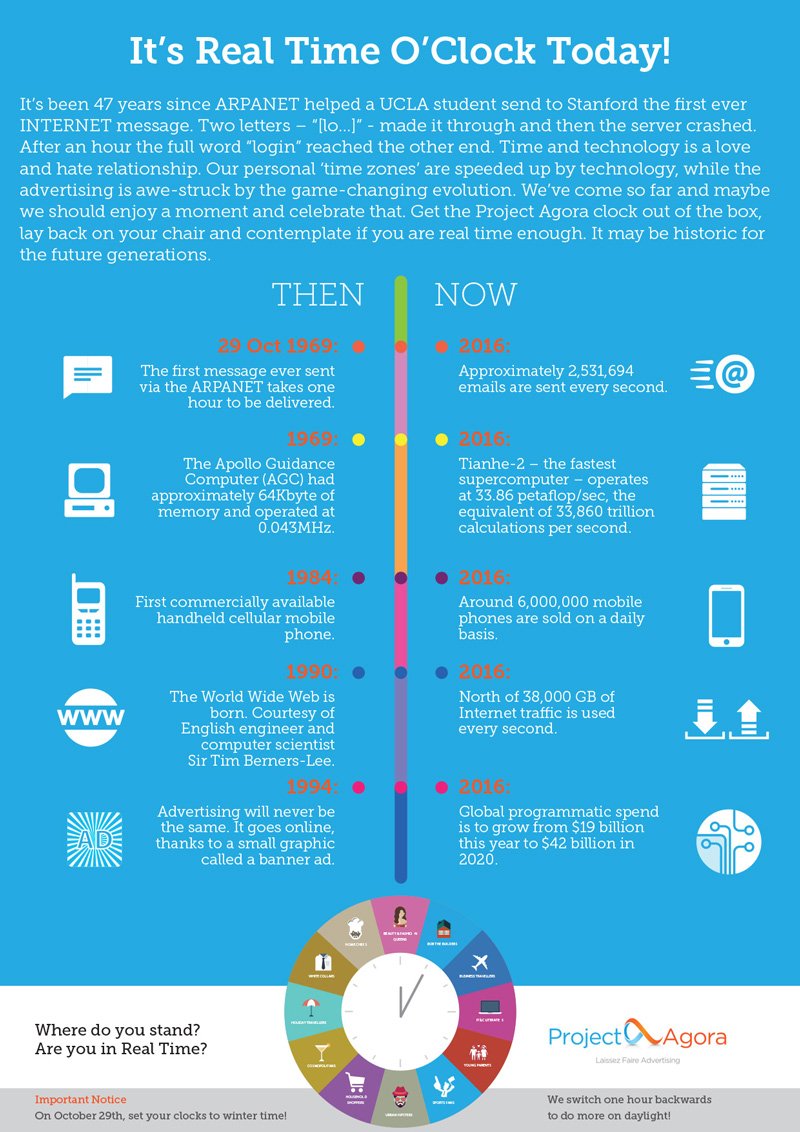 Plus, think about the resources we needed to write this article: emails, phone calls, documentation. Definitely a harder job back in the 70s 🙂

Are you in Real Time?

Evolution. This is the key to all AdTech professionals. 47 years may seem a long time, but it’s just a glimpse in the human story.

To remind us how many great things we’ve achieved, Project Agora came up with an idea in order to celebrate the steps we’ve made from that semi-failed attempt to send an email to programmatic advertising.

Yes, you can see that this is not an ordinary clock!

It’s a clock that reveals 12 of Project Agora’s 16 audiences and reminds us of mind blowing industry milestones. There can be no delay between time & tech.

It’s also a gimmick that made it today to the desk of most Project Agora’s clients and partners in several markets, in celebration of all the past achievements and the ones to come, as well as a giddy reminder to stay in Real Time and switch back the clocks on the night of 29th to 30th of October. To stay tuned for winter.